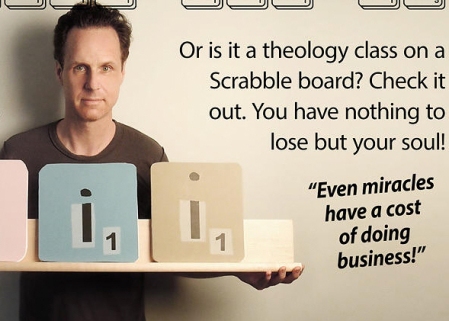 FringeNYC Report: Am going slow (compared to previous years) due to recent knee surgery. But here’s what I’ve seen so far:

Count Down My Life: *** Insanely insular, slow-paced, and yet fascinating all-Japanese rock opera about a playwright sitting in his room trying to create an award-winning work so he doesn’t have to move back in with his mother. If you want to see something wildly different that’s available nowhere else, buy tickets right away for this highly professionally executed production (aside from the occasionally mangled-English subtitles); the superb singer/actors and band are here only until Tuesday.

3rd Gender: ** In the future, our standard sexes are banned, and only a 3rd gender consisting of males in female bodies and females in male bodies are allowed for the sake of balance. It’s a really interesting idea; but, unfortunately, it goes nowhere.

Horsehead: *½ “In The Godfather, the head of a horse is cut off and placed in the bed of a Hollywood film mogul for the refusal of a favor. Ever thought about the two guys that had to put it there?” It’s a great premise…making the execution a huge disappointment. It was simply dumb to cast two Italians who can’t speak English well for these roles. They seem like extremely nice guys with real heart, and I wish them every success; but what’s the point of doing a dialogue-driven play where it’s hard to understand the words? Plus the comedic direction is cartoonish, with way too much posing and mugging, which isn’t the way to go for sophisticated NYC audiences. And the script is simply juvenile. See something else. (Also, not a review; but as buzz will mention that I’ve heard quite bad things from a trusted source about Horse Play: The Musical. So beware of horse shows at this year’s fest…) 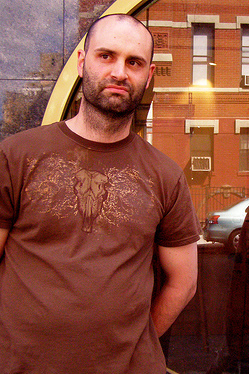 Ted Alexandro performs tonight at Eastville and every night at 7:00 this week at The Creek

7:30 pm ($5): An improv double-bill at The Magnet from groups Orange Augustus and Eaglefox

[TOP PICK] 8:00 pm ($5): From Dan Hodapp & Micah Sherman (producers of The Scene), improvisors make up one-act plays on the spot at The PIT downstairs lounge: Act One

[TOP PICK] [$] [DISCOUNTED] 9:00 pm (FREE TICKETS if you reserve in advance by calling (212) 260-2445 and mention HyReviews.com, but there’s still a 2-drink min. per person): Ted Alexandro (one of the very finest stand-ups in the country; David Letterman, Conan O’Brien, Jimmy Kimmel, two Comedy Central Presents half-hour specials; frequently opens for Louis C.K.), Judah Friedlander (one of the quickest minds in comedy; 30 Rock, Meet the Parents, Along Came Polly, author of How to Beat Up Anybody), Mike Britt (Comedy Central), and more performing at the only comedy club in the East Village: Eastville Comedy Club

9:00 pm ($7): Sketch comedy at The Magnet from Fat Kids and Breakfast For Dinner: Magnet Sketch Teams

This entry was posted on Sunday, August 11th, 2013 at 10:23 am and is filed under Best New York Live Comedy Shows. You can follow any responses to this entry through the RSS 2.0 feed. You can leave a response, or trackback from your own site.