TV Alert: Chris Gethard is on Seth Meyers:
Steve Carell is on Jimmy Fallon;
Todd Glass is on Conan O’Brien (repeated from 8/7);
Grace Helbig & Henry Zebrowski are on @midnight 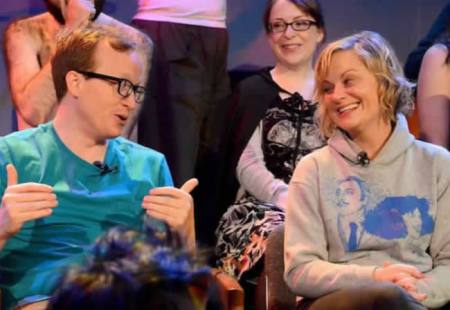 6:30 pm-12:30 am ($8 per show or $60 for festival pass): Tonight kicks off a four-day sketch comedy festival playing at both the upstairs theatre and downstairs lounge of The PIT, with individual shows costing $8 and an all-you-can-see festival pass costing $60: New York City Sketch Festival

[MEGA-TOP PICK] [$] 7:30 pm ($41 & 2-drink min.) Anthony Jeselnik is one of my favorite stand-ups of all time, with a special gift for crafting dark and shocking short jokes, and a lightning-quick mind that allows him to play with any audience in the moment. This genius Emmy-nominated comic is the star of Comedy Central series The Jeselnik Offensive, former writer/performer for Jimmy Fallon, and has also performed on Conan O’Brien, HBO, a Comedy Central Presents half-hour special, and his great comedy CDs Shakespeare and Caligula. Anthony is headlining tonight through Sunday at the Carolines Comedy Club: The Greatest: Anthony Jeselnik

[TOP PICK] 8:00 pm-Midnight ($10 for the entire evening): The Magnet house improv groups Junior Varsity and The Boss performing improv for an hour, followed at 9:00 pm by The Senses (improv focused on the stimulation and deprivation of taste, touch, smell, sight, and sound), at 10:00 pm by veteran improvisors making up scenes based on improvised monologues from storyteller Chris Duffy at The Armando Diaz Experience, and finally at 11:00 by improv competition Inspirado (like UCBT’s Cage Match, but with a game-like challenge component): The Magnet’s Night Out

[TOP PICK] [$] [DISCOUNTED] 9:00 pm (FREE TICKETS if you reserve in advance by calling (212) 260-2445 and mention HyReviews.com, but there’s still a 2-drink min. per person): Judah Friedlander (one of the quickest minds and very finest stand-ups in comedy; 30 Rock, Meet the Parents, Along Came Polly, author of How to Beat Up Anybody), Andrew Schulz (MTV’s Guy Code, Girl Code, Failosophy), and more performing at the only comedy club in the East Village: Eastville Comedy Club

[FREE] 5:30 pm: Open-mic stand-up, with 3 minutes per comic (unless not many folks show up, in which case there’ll be more time), with names drawn out of a bucket at UCB East in the bar area (“Hot Chicks Room”) hosted by Sarah Tollemache and/or Paul Oddo: Thursday Night Open Mic Stand-Up

[FREE] 7:00 pm: In this free Magnet show, audience members (signing in at 6:00) can join in with improv group Junior Varsity to make up scenes on the spot: Magnet Mixer