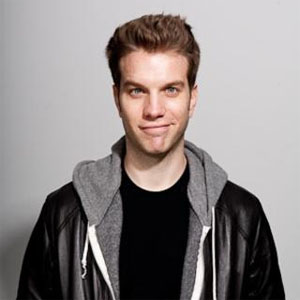 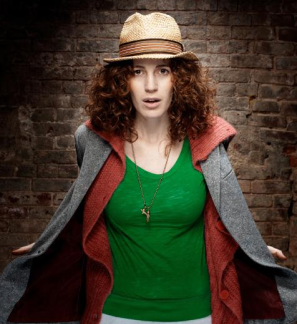 [TOP PICK] 6:00 pm-12:45 am ($8 per show or $60 for festival pass): This second night of a four-day sketch comedy festival is playing at both the upstairs theatre and downstairs lounge of The PIT, with individual shows costing $8 and an all-you-can-see festival pass costing $60: New York City Sketch Festival

7:00 pm ($7): “Justin Peters & Kelly Buttermore present a night of sketch & improv comedy inspired by Joni Mitchell’s acclaimed 1971 album Blue, one of the least funny albums of all time” at The Magnet theatre: From Justin to Kelly Ruin Joni Mitchell’s Blue

[MEGA-TOP PICK] [$] 7:30 pm & 10:00 pm ($41 & 2-drink min.) Anthony Jeselnik is one of my favorite stand-ups of all time, with a special gift for crafting dark and shocking short jokes, and a lightning-quick mind that allows him to play with any audience in the moment. This genius Emmy-nominated comic is the star of Comedy Central series The Jeselnik Offensive, former writer/performer for Jimmy Fallon, and has also performed on Conan O’Brien, HBO, a Comedy Central Presents half-hour special, and his great comedy CDs Shakespeare and Caligula. Anthony is headlining tonight through Sunday at the Carolines Comedy Club: The Greatest: Anthony Jeselnik

[FREE] 8:00 pm: A short comedic play in which “disgraced journalist Clay Fishman finds out our world is not what it seems and reptile aliens control every aspect of our society. With the help of his teenage daughter Tallie and crackpot conspiracy theorist J.J. Jones, Clay goes on an adventure spanning time and space to save mankind” at The Creek upstairs theatre in Queens’ Long Island City: The Terrible Them

[TOP PICK] Midnight ($5): This monthly stand-up, storytelling, and carny show brings the blog And I Am Not Lying to life on stage, with storytelling from host Jeff Simmermon (NPR’s This American Life) and Mara Wilson, stand-up from Amber Nelson (fearless, innovative rising star; Comedy Central; sketch troupes Murderfist and The Prom) and Pat Dixon (Comedy Central Presents, FOX, VH1, E!), bullwhip/lasso tricks by Chris McDaniel, burlesque from Ruby Joule & Kendra Warmolt, and grindcore music from Vomit Fist (yes, seriously), all at the UCB East theatre: And I Am Not Lying

[TOP PICK] [FREE] Midnight: Pot stand-up from “highly talented comics who have been highly recommended from people who are thought highly of in the business. Oh, and they’ll be high” at Queens LIC’s The Creek upstairs theatre typically hosted by Clayton English & Noah Gardenswartz: High Five

[FREE] Midnight: This show might not be much fun for audience members, but it’s an amazing opportunity if you want to perform sketch for free and with almost zero hurdles on the prestigious UCB Chelsea stage hosted by members of Maude group Moriarty: Liquid Courage