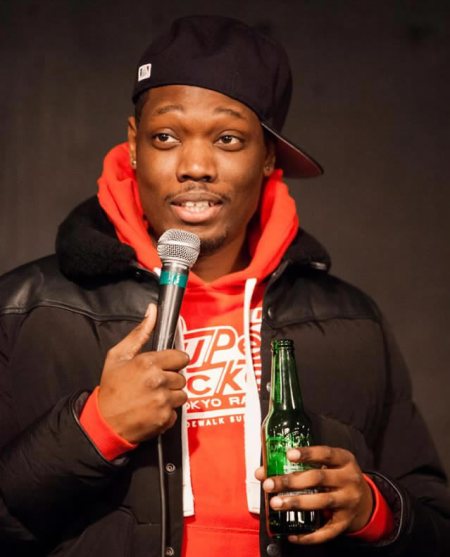 [TOP PICK] 1:00 pm ($30): There are hundreds of walking tours in NYC, but my favorite so far is this survey of artwork in the New York City subway system. While guide Phil Desiere isn’t in any way a comic, the artwork itself primarily is comedic (and often includes a comic book sensibility). If you’d enjoy having your eyes opened to the whimsical art strewn about heavily traveled NYC subway stations that millions of busy commuters never notice, treat yourself to this 2½ hour expedition happening on Tuesdays, Thursdays, and Sundays at 1:00 pm (so it’s not too late to sign up for tomorrow’s outing): New York City Subway Art Tour

[TOP PICK] 7:00 pm ($10): Powerhouse improv singer Rebecca Vigil and her talented improv partner Evan Kaufman interview an audience couple about their love life and then turn it into a musical at The PIT upstairs theatre: Your Love, Our Musical

[TOP PICK] 9:30 pm ($10): An all-gal improv show mixing women from The PIT’s free improv nights with those on PIT improv house teams at The PIT upstairs theatre: Ladies of the PIT

[FREE] 10:00 pm: NYC stand-ups at this monthly show that describes itself as follows: “Starting in 1982, the city of Atlanta threw an annual party called Freaknik which essentially became the largest black spring break party in the country. The party became so big and wild that the city shut it down for good in 1996. But comedians Andy Sandford and Noah Gardenswartz are bringing Freaknik back…to Long Island City. ‘Comedy Freaknik’ will be a lot like the original Freaknik, except it’s going to happen once a month, and it will be a comedy show hosted by three white guys. That’s basically the only difference” at The Creek upstairs theatre in Queens’ Long Island City: Freaknik

[TOP PICK] 10:30 pm ($10): An acclaimed nine-person sketch group performs for one night only at The Magnettheatre: Wendigo

[TOP PICK] 11:00 pm ($10): NYC’s heavy metal version of a sketch troupe, which provides odd, unsettling, and fearless dark comedy spearheaded by such members as Henry Zebrowski (co-star of Wolf of Wall Street. This group won the ECNY Award for Best Sketch Group, was written up by Jason Zinoman in The New York Times, and performs tonight at The PIT downstairs lounge: Murderfist

11:00 pm ($10): With the help of social media, writers & performers put together an entire sketch show from scratch in one intense day and then perform it at The PIT upstairs theatre: Sktch Shw

[TOP PICK] Midnight ($5): Jeffrey Joseph (Jay Leno, HBO, FOX’s In Living Color, Comedy Central), Emmy Blotnick (blogger for Jimmy Fallon, MTV’s Nikki and Sara Live, VH1’s Best Week Ever), and Alan Starzinski (improv groupSandino) perform stand-up or sketch—but the main event is host Andy Rocco doing this unusual audience participation stunt: “I can’t wrap my brain around the Saturday midnight audience. Who are they? I mean, I am really happy that they showed up, but I just find it puzzling. At this show I will individually get to know every member of the audience and win them over. Here are the rules: 1) I spend 3-minute max with every audience member. After 3 minutes, I got to let them go back to their seat and give them a bite size Snickers. 2) They have to laugh at least once and to be considered “won over.” 3) My material has to based off stuff about them or relating to them. 4) I can’t know the audience member. Strangers will get priority over people I know just a little” at the UCB Chelsea theatre: The Andy Rocco “Winning Them Over One Audience Member at a Time” Show

This entry was posted on Saturday, January 10th, 2015 at 1:09 pm and is filed under Best New York Live Comedy Shows. You can follow any responses to this entry through the RSS 2.0 feed. You can leave a response, or trackback from your own site.