Set your TV recording device for superb stand-ups Naomi Ekperigin at midnight and Ahmed Bharoocha at 12:30 am, each starring in a Comedy Central Half Hour 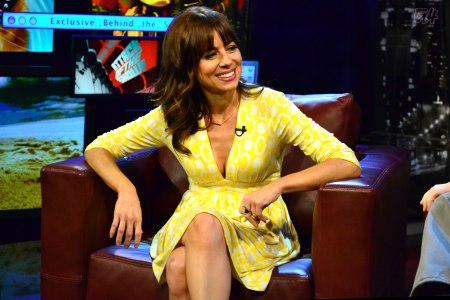 8:00 pm ($5): Collin Gossel & Jordan Myrick “comb through the audience, exploring the nature of love, sex, and humankind in a tireless effort to find two audience members who are willing to make out on stage” at The PIT Loft (154 West 29th Street): Your Perfect Hookup

9:30 pm ($10): Storytellers share tales of relationships in front of a panel of comics and therapy experts, who then give advice, at Astoria Queens’ QED: A Place to Show & Tell (27-16 23rd Avenue) hosted by Lynn Bixenspan & Morgan Pielli: Relationshit

9:30 pm ($10): Comics “perform kooky bits based off online videos. The goal of the show is primarily to be louder than the jazz music coming from upstairs” at Brooklyn’s The Annoyance Theatre (367 Bedford Avenue; take J/M/Z to Marcy Avenue or L to Lorimer Street) hosted by Matt Barats: Louder Than Jazz

[TOP PICK] 10:00 pm ($5): Petey DeAbreu invites several of his comic friends—who tonight are the hosts of Comedy Night at the Knit: Will Miles, Kenny DeForest, Clark Jones, and DJ Will Winner—to joke around with him at this party-like show at The Creek upstairs theatre in Queens’ LIC (10-93 Jackson Avenue): Petey’s World

10:30 pm ($5): A mix of stand-up, sketch, music, and/or improv at Brooklyn’s The Annoyance Theatre (367 Bedford Avenue; take J/M/Z to Marcy Avenue or L to Lorimer Street) hosted by Carmen Christopher: The Juice

[TOP PICK] Midnight ($5): This monthly storytelling, stand-up, and carny show brings the blog And I Am Not Lying to life on stage, with stand-up from Josh Johnson (Jimmy Fallon), storytelling from Sandi Marx, improv by group Gentrify, and burlesque from Fem Appeal and Ginger Twist, all performing at the UCB East theatre: And I Am Not Lying

This entry was posted on Friday, October 14th, 2016 at 6:42 am and is filed under Best New York Live Comedy Shows. You can follow any responses to this entry through the RSS 2.0 feed. You can leave a response, or trackback from your own site.