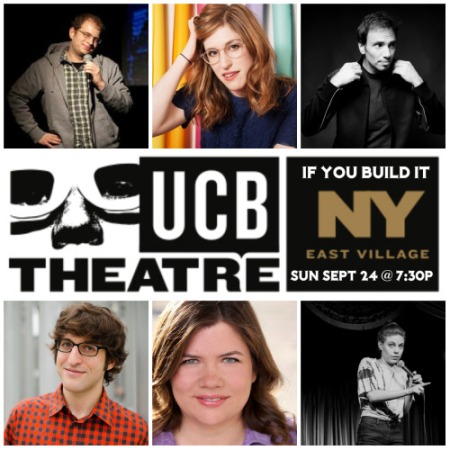 …and there’s nothing more unpredictable on a stage than an animal. In this endearing monthly show, improvisors perform along with their real-life pets—tonight featuring Bella-Carolina Zinca & her dog Henry, plus other improvisors including Dana Shulman (rising star; host of Student Driver, improv group Poor Melissa), and wonderfully humane host Adrian Sexton (superb Unauthorized: The Musical series, improv groups The Community Players, Ouiser & Clairee, George/Martha, and The Darklings), all making up scenes for Pet Prov (7:00 pm, $7, The PIT Loft at 154 West 29th Street)

6:00 pm ($7): Eight improvisors “imbue each other with a variety of different traits, talents, or issues that will range from the completely mundane to the wildly absurd. Then see how these characters interact with each other, as well as get a peek of the people in their everyday lives. They’re all great. But not all the same: at The Magnet theatre: Gifted

9:00 pm ($7): Musicals are paired with wines at this live podcast recording at The PIT Loft (154 West 29th Street): Tannins and Tunes Live

This entry was posted on Sunday, September 24th, 2017 at 7:59 am and is filed under Best New York Live Comedy Shows. You can follow any responses to this entry through the RSS 2.0 feed. You can leave a response, or trackback from your own site.