Wow. My absolute favorite on-the-road journalist covering the 2016 Presidential campaign (buy her book about it, Unbelievable), and who is now an ace daily anchor for MSNBC, is Katy Tur; and she’ll be on the same stage with one of my favorite comics, the brilliant star of The President Show Anthony Atamanuik, as well as writer & correspondent for Full Frontal With Samantha Bee Ashley Nicole Black, each chugging a couple of beers while talking politics hosted by Charlie Todd & Cody Lindquist: Two Beers In (7:30 pm, $7, UCB East at 153 East 3rd Street; P.S. Watch The Rachel Maddow Show every weeknight—genius, joyful, and indispensable)…

…or enjoy a Broadway, TV, and/or film star perform a classic theatre scene as scripted—except the other half of the scene must be carried by an improvisor who’s never experienced the play and must spontaneously react to whatever happens. Attracting some of the finest improvisors and actors in NYC—who tonight include Scott Adsit, Brian Stack, Becky Drysdale, Cristin Milioti, Amy Rutberg, and Todd Buonopane—this is one of the best improv shows in the country. It always quickly sells out of seats, but you can probably still get in if you arrive early and are okay with standing for actor/director Stephen Ruddy‘s Gravid Water (8:00 pm, $7, UCB Chelsea at 307 West 26th Street)… 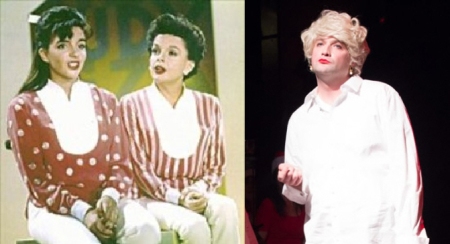 [TOP PICK] 9:30 pm ($7): If, like me, you miss the characters of Stars Hollow, come experience a lost episode of the classic series, made up on the spot at The PIT Mainstage: Improvised Gilmore Girls

10:30 pm ($7): Improv is dominated by guys, so this is a rare treat—a dozen female improvisors “for an evening of comedy that will delight men, women, babies, and kittens,” hosted by Megan Gray & Christina Dabney at The Magnet theatre: We Might Just Kiss

This entry was posted on Monday, September 25th, 2017 at 8:44 am and is filed under Best New York Live Comedy Shows. You can follow any responses to this entry through the RSS 2.0 feed. You can leave a response, or trackback from your own site.